Fallen Out Of Love With Apple. But Whats Next For Me?

I’ve been a massive advocate for Apple and the Mac platform for nearly two decades, but of late my love of them has become less love, more habit. Once locked in to the macOS and iOS ecosystem, about 18 months ago I broke free, ditched my iPhone and jumped in to the Google camp. 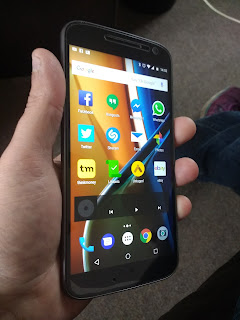 My Android based Motorola Moto G4 has served me amazingly for over a year and I can not fault it in any way. It works very well too with a Mac, but it isn’t tied to it. 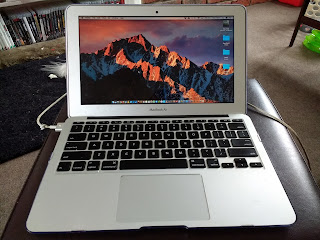 With every year that passes my beloved MacBook Air gets older and older. A 2012 11” with i5 processor and 8GB of RAM means it is still no slouch and hardware wise probably has a few more years left, but Apple increasingly push hardware and drop older models with each new release of macOS. I am running Sierra, I haven’t bothered with High Sierra and the next version is just around the corner. Whether you want to run the latest or not sometimes you are forced to by software developers or Apple themselves. There is a good chance the next version will be the last for my now 5 year old Mac and that puts it on the slippery slope to ‘low end’.

So what next? I no longer drool over the latest Apple tech and I certainly don’t have the funds to stump up a £1000 for another Mac. Going the used market route saves you a few hundred but puts you closer to the eventual cut-off where you will be in the same position again.

I have had a keen interest in Linux as a desktop operating system for years, dabbling in various distros - such as Mint, Ubuntu, LXLE to name a few - and learning the basics, but it has always been a side interest, a geeky look at what those ‘nerds’ run. However it is no longer spotty speccy geeks who snort with excitement over new kernel releases or wet themselves over the newest LTS release. It has become a real contender in the OS wars. It places itself sandwiched between Windows haters and those who either can't afford Apple hardware or those who don’t want the lock-in you get with them.

Looking at my list of apps sitting in my dock, I see very little that is Mac exclusive. I browse using Chrome, I use GMail for emails, I write in Google Docs or use OpenOffice. I use VLC for video use, Audacity for audio tweaking, HandBrake for video conversion and DropBox for off site back ups. All of which are available for Linux, some of which were originally Linux apps ported to the Mac.

I have a few other minor apps, which may not be on Linux but I am sure there are just as suitable alternatives.

I no longer use iTunes everyday. It is used mainly for editing tags and adding artwork to music and since leaving iOS I don’t use Photos anymore.

Android File Transfer is an awful piece of essential software for any Mac user with an Android, but isn’t required in Linux as most support native mounting with drop and drag.

The one caveat to not owning a Mac would be Adobe Photoshop. Being an ex professional graphic designer I grew up learning Photoshop and despite many attempts haven’t found anything to match it. Perhaps there are or perhaps I am just too set in my ways to get my head around another graphics package. If I am honest it is one of the main things holding me to my Mac.

However, it isnt just about apps. Linux is a large learning curve. It may be nix based and OSX/macOS may share similar ideas, layout and operations - especially compared to Windows - but Mac is 99% GUI. Linux - while it has come a long way to be user friendly - you still need to delve in to terminal and understand what you are doing once in a while.

It is a big step for me, after 20 years of using a Mac, I know the OS inside out. It just works. It never lets me down. It never gets in the way of my every day use. Moving to a relatively unfamiliar operating system I don’t want to be spending time constantly looking up how to perform simple tasks.

Microsoft is definitely not an option. Nothing anyone can say will make me switch to that swiss cheese OS. I may not be an Apple devotee anymore, but I still have extreme hatred for Windows.

The future for me is uncertain, but my love of Apple is no longer where it was. I want the freedom. I want the choices to be my choices and not governed by who makes my computer. Linux is looking more and more appealing as a way to escape the clutches of Apple.

I don't think there's a magical silver bullet for your problem. I think you're on the right track with Linux. My personal machines, desktop and laptop are all either Linux only, or dual boot. I still use Windows on the desktop every day at work, and for some OEM specific software as required.

Whatever you choose (and I won't wade into the which-distro wars uninvited at this point), the reality is you're up for some change. The Photoshop thing is not an uncommon complaint. I'm comfortable with GIMP, and it's certainly been capable of every task I've needed it to perform, but I'm not using day in and day out professionally.

My main recommendation in choosing a laptop for Linux would be to check, before you purchase that the various bits of hardware have good Linux support. Most do these days, but you want to be sure. Maybve even purchase from one of the vendors that supplies and supports Linux specific systems.

I know this is a late late comment and you've (Simon) already gone back to the Mac. But your macbook air isn't getting any younger and you will eventually run back into that wall of obsolescence that only Linux or a new Mac will fix. My suggestion is this: Use that macbook as a (mostly) offline Mac running older software, get a cheap Chromebook for web stuff and slap Gallium OS on it.

It's a Chromebook friendly Linux OS based on Ubuntu 16.04, so will be supported until April of 2021. It's got an XFCE based interface, and with the SSD in my 2014 Acer CB3-111 it really flies. Still handles 720p streaming just fine. I run Firefox, Chromium and Opera for browsers, and have VLC and WPS writer for when I need them. I don't use Photoshop (I also did graphic design in the 90s and learned on Photoshop 3 so that tells you how old I am)these days so I really don't care. Pixelator is all the photo editing I'll ever need.

Pretty soon you'll be able to easily run linux apps in the Chrome OS. I know it can be done now in Developer mode but really I don't care since I have Gallium OS and I don't see what running Linux apps in Chrome OS would give me, other than more Google tracking, Government spying and Google ads.

Also, I read your stuff on Lowendmac for awhile and I know you did a lot of PowerPC stuff back in the day. There is a brand new PowerPC Linux, based on Debian Sid called Fineix OS. It looks very very impressive. Arctic Fox (itself a port of Palemoon) has been ported to PowerPC Linux by XaPher, solving at least temporarily the shitastic browser situation on PowerPC Linux. If you still have a fast dual G4 or G5 lying around installing and testing it might make for a good article/series.

Dr. Dave. Thank you for your comment and big thanks for reading this and my LEM articles. I will check out the distros you have mentioned. I still have an interest in Linux but for now Mac is where I am.

My MacBook Air is still going strong and serving me fine but yes it is now 6 years old and I have a decision to make soon.