It may seem odd to review a ten year old laptop, but I have recently acquired a Dell Latitude E5410 and want to express my thoughts about it and using it.

Any followers of me on Twitter or readers of this blog will know I have switched from using macOS to using Linux, meaning I ditched my 2012 MacBook Air for a 2010/2011 Dell Latitude E5410. 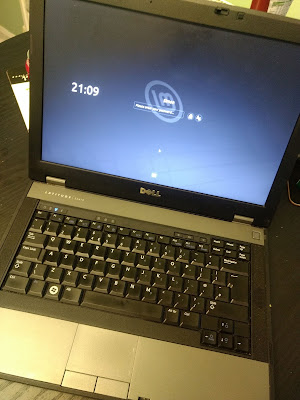 That may sound an odd move but I needed to step away from Apple kit.

The E5 range is basically a plastic version of the E6 which has a mag alloy casing instead. Apart from that the are pretty much identical. That being said this is a 10 year old laptop and it has no cracks or damage (apart from some scratches on the lid), so is a pretty sturdy machine – even the screen hinges are still solid.

It is packed with ports. It has 4x USB 2.0 ports, 1394 port, VGA, PCMCIA, SD slot and ethernet. It also has built in N wireless. This particular model doesn't have bluetooth although there is a light on the casing for it. There are volume buttons above the keyboard. Some of the models have a webcam too, but this one doesn’t – but I never use one so it isn’t a problem.

That's the specs out of the way. How does it fair 10 years on?

In short this thing is a powerful workhorse even today. Mine came with Windows 10 64-bit installed, which I quickly wiped and installed Linux Mint Cinnamon which is also 64-bit.

Installation via USB was very quick, recognising all my hardware out-of-the-box, and adding my apps via Synaptic Package Manager was quick and easy. Once it was set up, I started using it and boy was I surprised. Booting was a little slower than my MacBook Air – but that isn’t surprising as it had an SSD in it – and I have a feeling this is the original hard drive, but once it is booted this machine flies along. Apps open quick and nothing seems to stress it out too much.

I have yet to do anything heavy on it, but for general browsing, video streaming, basic image editing, writing and light apps this thing is great. At some point I will need to do heavier work such as video and audio editing and then we will see how it goes, but an i5 processor (even an early one) and enough RAM should cope with most work – even if it isn’t the quickest.

One thing I was impressed with was the sound out of this machine. It is very loud and clear and the speakers are perfectly situated down either side of the keyboard.

On the subject of the keyboard it was one area I needed to be comfortable with. I do a lot of typing and had gotten used to soft touch chiclet keys, however I am loving the older style keyboard. It is extremely comfortable to type on and even at speed there is no bounce in the keys with just a perfect amount of spring. 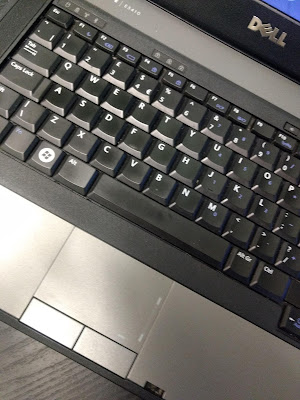 The trackpad has quite a small surface area, but it does support multi touch. The mouse buttons are quite close to the front of the laptop which has taken a little while to get used to, but that is just a small niggle.

This might sound like a strange thing to be pleased about but I love activity lights. Something found less and less on modern computers. So I like the fact that the hard drive and wifi lights flash in the top left.

It's a chunky, boxey beast and definitely won't win any beauty awards. Coming from an 11” MacBook Air it sure is noticeable, but it does have the added bonus of built in DVD burning drive, a multitude of ports and an easy access panel on the bottom that allows you to upgrade RAM, hard drive, wifi card and give it a good clean inside.

The battery can be easily replaced - something modern design doesn't allow for much these days. But with the slide of a switch the battery pulls out and can be replaced in seconds. Mine has the standard 6 cell battery - but a 9 cell extended battery is also available. Mine is a genuine Dell battery (although it might not be the original one that came with it) and it still offers nearly two hours of battery life which is very impressive (for a laptop of its age).

From a looks point of view, it looks like it is built with durability rather than style in mind. It has a retro square look to it with clean lines all over it.

I am very impressed. It doesn’t feel like a 10 year old machine when using, but it certainly looks like one. 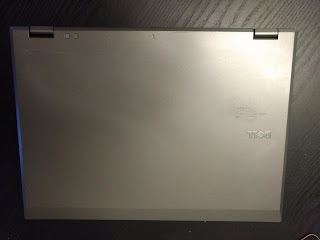